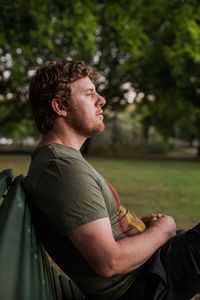 Join Benny for a Sunday session at the Beaufort St tavern for some live music and entertainment. The Beaufort St tavern has a great food menu and selection of beverages to sooth your Sunday while relaxing to some acoustic tunes from your local artist Benny Rowe. I am looking forward to seeing you there and hanging out with me. Cheers 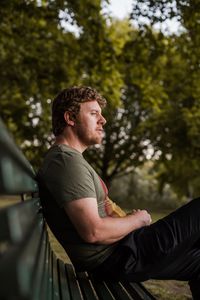 Benny in the Music - Singer/song writer

Previously known as Mr Bodangles which has been a name floating around Australia's music scene, Today he performs under his name 'Benny Rowe'. Benny has been performing since 2005 at most of Western Australia's top bars and hotels of which support original music. Benny released his 1st demo CD in 2005 and debut studio album in 2008 called the 'Concrete Countryman' of which gained much airplay on a number of WA's local radio stations. Benny was able to perform live on RTRfm during an interview about the album release. He performed at the Fremantle Blues 'n Roots fringe festival in 2009 and at the Nannup music festival in 2010. Benny has also been able to tour his music through some of the wine regions of the south west of WA such as Margaret river and Pemberton, whilst also performing in the Northern Territory at some of their coolest venues.

In 2012, Benny Rowe released his 2nd album called ‘Love arrows’, which was showcased on radio throughout Australia. This album will force you on a melodic path to your inner self – it is fun, warm and everything music should be. Love arrows has been used by life coaches and counsellors to help with some people's journey as it tells stories of life and overcoming challenges.

IN 2013, Benny Rowe joined UP with the amazing Emily Dewar as a great duet, performing at some of WA’s lively venues and events, Such as The Boddington Rodeo & again at their Australia day celebration.

In 2019, Benny released an EP called 'Burdens which has been only found on digital music streaming services such as Spotify, YouTube, Apple music and Pandora to name a few. Burdens'' touches on Benny's love for blues with a soulful sound of the telecaster and dreamy vocals. 'Tracks Down sodeep'and 'Knock down the wall'showcase Benny's love for rock and the guitar, with a touch of Pulp fiction. Finally, 'Set me free'brings the listener in close with a old school sound that sings. Benny hopes you enjoy this  EP and share it with your friends.

Benny will soon release another single called Walk alone' later in 2019. Stay in the loop for when this track drops in your handsets by signing up to the newsletter.

Benny outside the Music

Well, I was born with a retinal eye disease called ‘Retinitis Pigmentosa’, nicknamed as RP. This disease causes the rod cells in the retina to die which causes a decline of my vision over time. This disease causes tunnel vision, night blindness and over time blindness. For me it’s been a steady decline in my vision however difficult to notice until I look back in time. I remember as a school kid playing cricket, football and riding a bike as a kid without any problems, then playing basketball in high school but started to have problems seeing the ball even in the lit up courts at Cockburn Basketball Stadium.

When I finished high school my mum guided me into the direction of disability services. I went to college to study as a social trainer and begin my career in the helping industry. This was a difficult decision as I had a love for art and a creative mind, however, I persisted and completed the course. At age 19yrs, I found my first job as a Disability Job Support worker in a high needs environment. This was amazing and really set the stage for me and my journey helping others with a disability. I was able to work closely with people with down syndrome, Autism, brain injuries and other intellectual & learning disabilities.

After spending 9 Years in this role, I decided to go to university and study counselling. I attended the University of Notre Dame in Fremantle Western Australia and earned my Bachelors degree. This was a unique time in the helping industry as we were becoming more exposed to mental health classed as a disability and for me this was a difficult transition. However I learned how mental health can be so disabling and affect a fully abled person in ways that people with blindness, hearing loss and physical disabilities have dealt with all their lives. The power of the mind intrigued me and has done ever since.

At aged 24 yrs I was reintroduced to my artistic side and found a passion for music. I joined a band named Cartwheels in the Dark and performed around Perth’s top hotels and bars. I loved this art form so much I created a number of solo albums you can find in my online shop today. I continue to write and record my music which is still to this day my passion.

After completing my degree I began working as a counsellor in an industry that was conflicting and somewhat powerless. Although the intentions were good the government were forcing people on welfare to receive counselling when really they didn’t want to help themselves. Her I learned what an ideal client is. I found myself assessing people’s capacity to work and identifying barriers whether it was disabilities or circumstances that prevented them to move forward.

At age 32 yrs, I was looking to recapture some of my passion for sport an found one of the most amazing sports for the blind and vision impaired call Goalball. I began playing this sport with a couple others who had similar interests and we formed WA’s first Mens team to compete in the Australian Goalball Championships. From here I enjoyed it so much I wound up trying out for the Australian Goalball Squad and in 2011 was selected to represent Australia in the Paralympic Qualifiers in Sydney. What a blast, from here I managed to travel to China, USA, Japan, Thailand and South Korea as an Australian Athlete. During this self achievement I was co-founder and president of our club in Perth Called Goalball Western Australia Inc were we coached and trained kids and adults with blindness and vision impairments how to play the sport I’ve become to love. Here I learned about the benefits of inclusion and being a part of a community group. The positives this sport has brought to me and many others is priceless and will be a cornerstone of my proud moments.

More recently, in late 2018 I was able to complete my Masters in Business Administration (MBA) which was a great achievement for me. Studying again in my early 40s was hard work and I showed to myself under difficult circumstances that I can achieve anything. I once again work in the disability field with the National Disability Insurance Scheme (NDIS) which is a world first, enabling people with disabilities choice and control of the supports they need and how they receive them. This scheme has given me a second lease of life and the support I need to reestablish music. So stry tuned as I get back out there :)